What Is Web 3 and Why Is It Important? 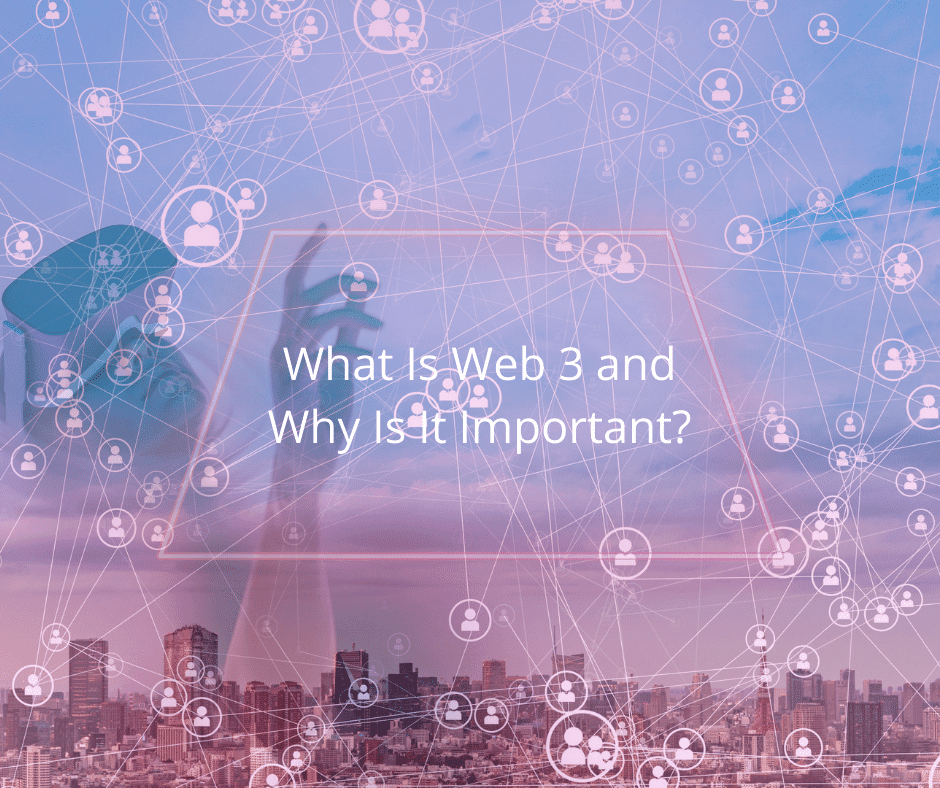 The gaming industry is one of the best examples of the paradigm shift happening with Web 3. For years, gamers have complained endlessly about game patches and bugs. But now, Web 3 allows gamers to invest in and vote on the management of video games. The companies implementing Web 3 include Ubisoft and Meta. This technology and the use of non-fungible tokens are reshaping the gaming industry. However, a lot of people are still skeptical about Web 3.

The underlying theory behind Web3’s meteoric rise is the concept of interactivity. By enabling free movement of assets, such as data, people, and information, Web3 aims to put the power back in the hands of individuals. With the power of interactivity comes an explosion of new creativity and rewards for the creators. While Web3 is not yet available to the general public, developers are already experimenting with it.

The concept of web3 is a decentralized peer-to-peer network, with many nodes communicating with each other and transferring data across applications and networks. It was initially developed for financial transactions but is expected to grow in popularity as more people use it. The benefits of Web3 interoperability are numerous, including the ability for developers to build on multiple blockchain networks. Moreover, it will also make it easier for users to integrate multiple platforms using Web3 technology.

In Web 3 systems, the infrastructure is distributed across nodes. Nodes act as small servers that help make the network work. If one node is compromised, it will not affect the entire system’s security. Also, distributed networks are cryptographically secure, so no single party can alter the code of a smart contract once it has been started. This way, Web 3 systems will remain secure even after hackers have compromised individual nodes.

The Blockchain has been at the heart of the evolution of Web 3.0. It is paving the way for the new web, replacing trust and traditional centralized protocols with a self-enforcing, decentralized technology. Bitcoin is a prime example of this technology in action, and it helped pave the way for its emergence. The Blockchain protocol is the cornerstone of the new web and guides data security by guiding maximum consensus of network participants in native network tokens.

Blockchain technology is being used for more than just cryptocurrency. Tokenization is another use of blockchain technology, which allows for advanced portrayals of monetary instruments. Using these digital tokens, a value chain can be tracked, and records can be authorized. This technology has several applications in the enterprise space, including cryptocurrency. The market cap of cryptocurrencies was estimated at US$2.35 billion in 2019, and this technology can also facilitate financial transactions. Today the global crypto market cap is $1.13T (as of Aug, 18th 2022 – Source: https://coinmarketcap.com/)

Tokens that are not fungible are used in several applications, including cryptocurrency. These are digital assets that have no physical value. The development of non-fungible tokens is the result of experimentation by blockchain developers. Non-fungible tokens allow creators to claim content ownership without sacrificing the original creator’s rights. The creation of non-fungible tokens can be lucrative for creators because they allow for ongoing revenue generation.

Non-fungible tokens are used to provide proof of ownership of digital assets. Tokens are used in digital artwork, in-game items, and real estate in a virtual world. By using non-fungible tokens, creators can sell their original works of digital art and generate an income stream by selling it. However, critics have warned that this technology is prone to corruption by speculators and scam artists.

Web 3 applications are built with open-source software, meaning anyone can view, edit, and improve the code. This means that anyone can contribute to developing a Web 3 application, regardless of their technical skill or background. This open-source philosophy enables an entire community of people to build the best applications possible. For example, if someone wants to make a website that allows users to sell and buy products, they can do so through a web-based marketplace.

Web 3 is a natural evolution of web 2.0, which changed the way people interact with websites. Services like YouTube, iTunes, and Facebook made it easier to share information and videos. In 2004, Tim Berners-Lee called for the Internet to be a “space for collaboration.” Web 3 allows for richer and more complex user interactions on the same website. The goal is to create a world where everyone is included. It is an exciting development for the web and a winner by design.

Web 3.0 is the latest in computer technology. The idea is to use Artificial Intelligence (AI) to make the internet more convenient and efficient. This technology allows for quicker, less error-prone, and more accurate results. Previously, search engines returned results based on the most popular searches and focused less on the individual user. Web 3.0 emphasizes individuals and their needs, providing users with greater control over their data and an improved privacy system. While web 3.0 runs on a decentralized network, it does not come free.

One use of AI in web 3.0 is in identifying and interpreting user preferences. For example, Trustpilot lets customers leave their reviews about a product. In some cases, firms pay people to write good reviews. However, AI can detect fraudulent data and filter the results accordingly. It will be integral to web 3.0. Once the technology catches on, users can expect more personalized and faster user experiences. Shortly, AI-powered systems will be able to distinguish between fake and genuine reviews.

What is Staking Crypto?

Metaverse Gaming – Gaming in The Metaverse

Metaverse is quickly becoming one of the most popular platforms for creating immersive digital experiences. Thanks to its cutting-edge technology, Metaverse is able to create incredibly realistic 3D environments that feel just like the real world. And with its growing popularity, Metaverse is Complimenting other emerging technologies such as blockchain, IoT, and 3D visualization. For…

How to Create a Better Web3

Web 3.0 is the next generation of the World Wide Web, with all sorts of new features and enhancements. Web3 is not just about cryptocurrencies or decentralized applications, but also about providing better security, privacy, and access to information for everyone in the world. What is Web 3.0? Web 3.0 is a vision for how…