How Will Artificial Intelligence Impact the Future of Our World? 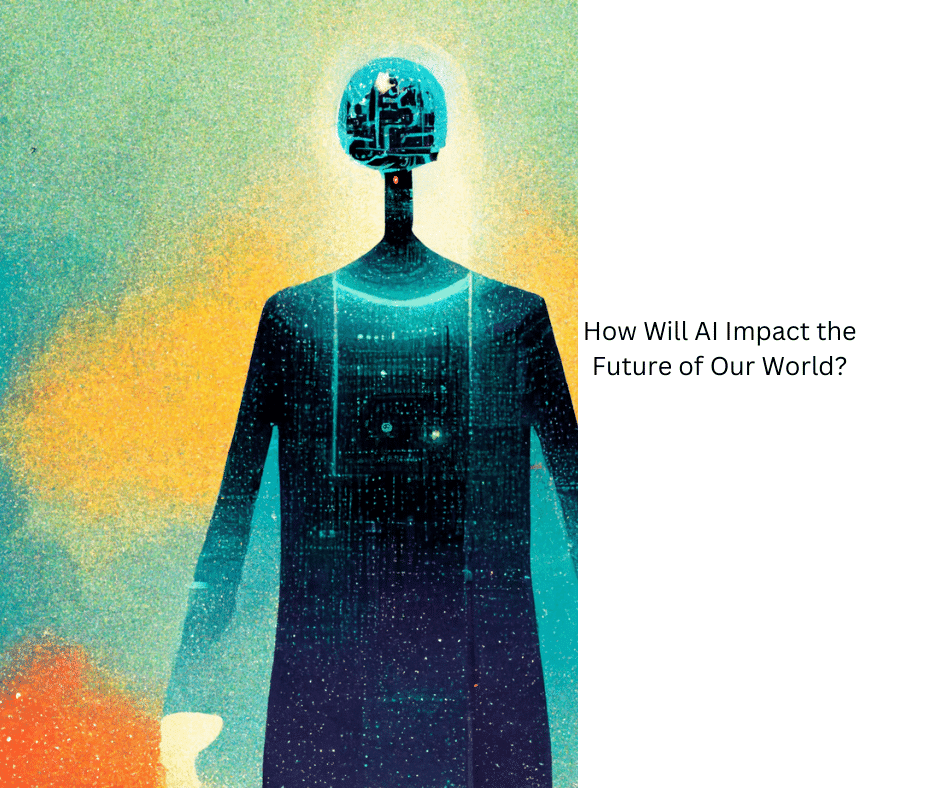 Artificial intelligence is a powerful technology that promises to change our lives. While it will certainly present some challenges as it begins to roll out, its impact on society is expected to be positive. Here are some things to keep in mind when analyzing this technology. Its potential to replace human workers, for example, may create more jobs. On the other hand, it could limit human innovation and lead to a reduction of jobs.

“Generalized intelligence” is an ability that human beings have that differentiates them from machines. It is a set of abilities that are derived from life experience and are used to learn new things and cope with unfamiliar situations. It includes the ability to understand abstract concepts and manipulate the environment.

The adoption of AI could create more jobs in the future. In the future, AI could contribute $15.7 trillion to the global economy. A healthy economy means more money for public services, better living conditions for citizens, and improved quality of life for workers. According to the “Reworking the Revolution” study, companies that adopt AI early can see revenues increase by 38% by 2022. AI can increase productivity and efficiency, as well as enhance talent retention.

While AI could create more jobs, it will also eliminate some jobs. It is likely to replace many jobs, including those requiring repetitive tasks. For example, robots that are equipped with basic AI will eventually replace truck drivers.

It Could Replace Human Workers

Artificial intelligence (AI) is a revolutionary technology that could replace humans in many occupations. Whether AI will replace workers entirely or just a certain portion of their work depends on the specific job. The adoption of AI is transforming industries at a rapid rate. For instance, the banking industry is already a leader in AI adoption. Jobs in this sector now call for knowledge workers, managers, and front-end workers. The need for workers with computer and technology skills will grow as AI is integrated into the banking sector. In addition, the demand for people with risk assessment skills will rise.

The development of autonomous machines is an important step toward this goal. These machines can learn from their surroundings, make judgment calls, and perform physical tasks. In fact, Tesla vehicles are already capable of driving themselves. By processing surrounding environments, they determine the best route and eliminate the need for human drivers. In the future, similar autonomous robots could be used in factories and offices.

It Could Limit Innovation

While AI has the potential to improve our lives in countless ways, it is currently in its early stages. Nevertheless, it has been demonstrated that narrow AI can perform superhuman tasks and demonstrate superior creativity. For example, in 2011, a self-driving Toyota Prius completed 10 100-mile journeys, setting society on the path to driverless cars. Another example is the IBM Watson AI that won US quiz show Jeopardy! by using natural language processing and analytics to process vast data repositories and answer human questions in fractions of a second.

While the risks associated with AI are real, the potential economic benefits are also immense. For example, a recent PriceWaterhouseCoopers study estimated that AI could increase global GDP by $15.7 trillion by 2030. This is roughly equal to the current rate of GDP growth. Moreover, artificial intelligence technology may increase GDP in China, North America, and Northern Europe by an additional $7 trillion by 2030.

It Could Undermine Trust in AI

The rise of artificial intelligence (AI) has led many to question its ability to genuinely fulfill the duties of trust. According to common definitions of trust, AI is not capable of feeling or expressing emotions. Hence, it cannot be held accountable for its actions. This rational account of trust, however, undermines the value of trust among human beings and detracts from the value of interpersonal trust. Further, it anthropomorphises AI, which shifts responsibility away from the people developing and using the AI.

Regardless of the ethical implications of AI, it is important to remember that this technological advancement represents an important socio-technical system that has many components. These components might or may not inspire trust, depending on their respective contexts.

12 Uses For Artificial Intelligence: A blog post on how AI can be used for good.

The Implications of Artificial Intelligence