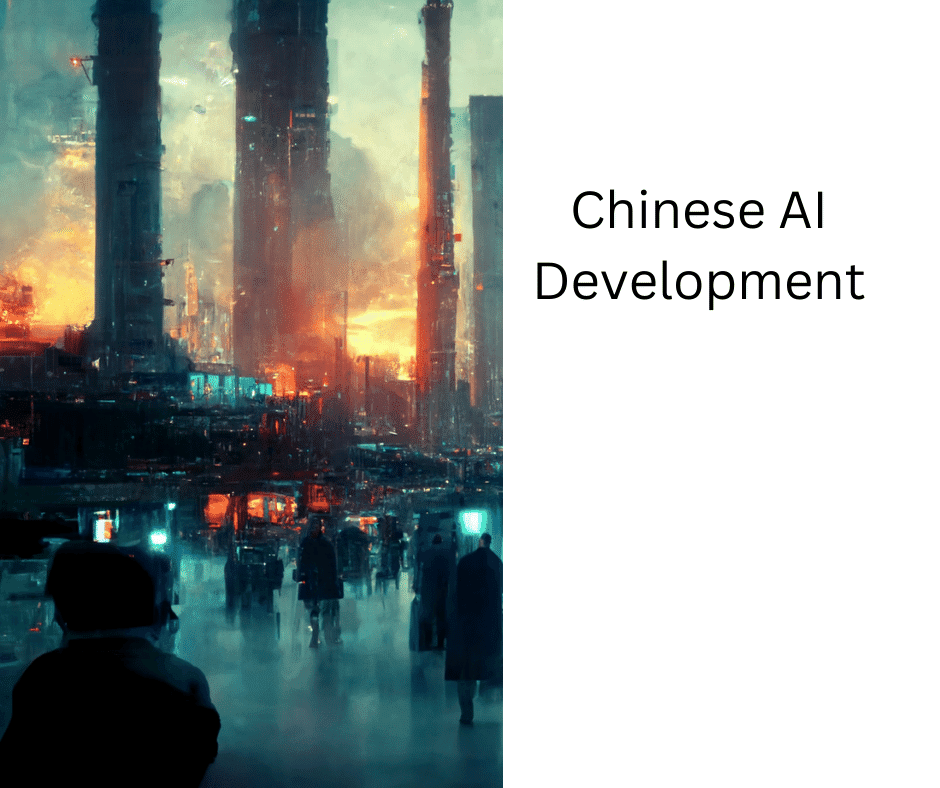 Chinese AI development is concentrated in the “first tier” cities of Beijing, Shanghai, and Guangdong. Beijing, for example, receives almost as much funding for AI development as Jiangsu and Guangdong combined. Shanghai, in turn, receives almost 60 percent of Beijing’s funding. Hubei province gets about 34.5 percent. These cities also contribute significantly to central government revenue through taxes.

SenseTime, the company that sells machine learning products to Chinese customers, is facing new challenges. The company was put on the US government’s “Entity List” last year after it was accused of human rights violations and high-tech surveillance in China. While China denies these claims, the U.S. has placed restrictions on SenseTime’s access to U.S. technologies and products, and SenseTime’s stock has declined in recent months.

China’s AI industry is becoming increasingly competitive. SenseTime has been able to attract investment from overseas and is now the second largest AI company in the world, ranked fourth in terms of market value. The company is best known for its deep learning platform, which has the ability to recognize human faces, images, and text. SenseTime also operates a supercomputing center. And now, the company is focusing on expanding into new sectors and partnering with industry giants.

SenseTime’s IPO plans were delayed in the U.S., but it managed to raise more than $2 billion in funding in 2018 and nearly $5 billion in total funding to date. The company has also received strategic investments from Qualcomm and Alibaba Group. SenseTime has a market valuation of around US$3 billion, and is planning to list in Hong Kong.

Chinese government support has also played a pivotal role in the company’s early success, as it provides an enormous amount of data for the software. SenseTime has a database of more than 2 billion images, which is a far larger number than many publicly available databases. In addition to this, SenseTime receives data from government agencies and uses it to train its algorithms.

SenseTime’s AI solutions have reached a wide variety of sectors. It has installed an access control system at a hospital. The system is able to detect body temperature even when a patient has a mask on. It also allows visitors to enter a hospital by scanning a health QR code or their ID card. The company has also released a digital mural in the past few months based on a painting found in Dunhuang Mogao Caves. Using the software, users can view a digital replica of the original.

While Baidu is often regarded as China’s Google, it faces increasing competition from other Internet companies for its core search engine and advertisement business. Recently, the company received permission to operate robotaxis without a human in the driving seat on public roads in China. The company aims to commercialize its services in some cities in the next two years.

The Chinese tech giant has partnered with some of China’s top universities to develop AI solutions. It also launched its first overseas campus recruitment campaign, targeting top US universities for potential AI researchers. The company also recently led Chinese patent applications in the field. China can be a complex and challenging environment for young researchers, requiring them to learn multiple languages.

Baidu has grown from a single search engine to an ecosystem with over 57 products. Its ecosystem includes a collaborative online encyclopedia – Baidu Baike – which is equivalent to Wikipedia in Chinese. The company also provides Baidu Maps, a video platform called iQiyi, and over 57 community services, including cloud storage and keyword-based discussion forums.

The company also has ambitious plans to develop AI solutions that meet the needs of businesses in emerging business sectors. With more than 731 million users on its platform, Baidu has a massive data set to build AI algorithms around. The company’s AI cloud solutions are aimed at solving some of the most challenging problems facing modern businesses.

A new AI model created by SenseTime, ERNIE-ViLG, teaches Chinese language and culture to computer systems. The model was trained on 145 million image-text pairs and contains 10 billion parameters. As the AI learns from experience, it adjusts the values of these parameters to make sense of the language. It also enables the AI to distinguish between different types of art styles and concepts.

ERNIE-ViLG’s text-to-image model can understand prompts in Chinese and create anime-style art based on those prompts. While it can’t do as well as DALL-E’s animators, it does better capturing Chinese culture than other AIs. The AI has been trained on specific language data sets, overcoming English-based mainstream models’ drawbacks. Consequently, it can produce remarkably accurate images.

ERNIE-ViLG’s training dataset has 145 million Chinese image-text pairs and has achieved state-of-the-art performance. The AI also can draw entities based on their descriptions and combine drawings with backgrounds in a visually coherent way. ERNIE-ViLG’s performance is comparable to fully-supervised models. Its performance on the AIC-ICC dataset and the COCO-CN dataset was the best. Moreover, it passed the Turing test with 78.5 percent accuracy, proving its potential to capture semantic alignment between language and vision.

SenseTime has expanded its supercomputing infrastructure in China. This will increase the overall power and iteration efficiency of its proprietary algorithms. The new facility will be able to process 8.5 million video channels per day, equivalent to the processing power of 23,600 years. This will help the company further its innovation and competitiveness while also facilitating the creation of Smart Cities and Smart Life.

SenseTime has raised $5.2 billion in funding from investors. This money will help the firm scale its AI chip design and improve its computing power. SenseTime also intends to use the funds from the IPO to improve its supercomputing infrastructure and AI chip design. It also plans to build an AI data center in Shanghai.

The company has offices in several countries and plans to grow its business internationally. It recently announced an agreement with the East Nippon Expressway Company Limited (NEXCO) to introduce its intelligent video analysis technology to NEXCO’s various projects. Further, the company plans to invest in supercomputing infrastructure to build more powerful machines.

The Chinese government’s biggest science funder is piloting a new tool for AI-based grant review, which is supposed to speed up the review process and reduce bias. However, there are skeptics. Some question the effectiveness of AI tools for human reviewers, while others believe the technology has huge potential to improve the review process.

The AI ecosystem in China is heavily concentrated in the provinces, which are largely responsible for the central government’s AI development goals. Beijing alone receives nearly as much as the provinces of Guangdong and Jiangsu combined. Shanghai, meanwhile, receives about sixty percent of the total. Hubei province receives 34.5% of AI funding. In addition to regional focus, local governments have incentives to promote AI development in their local areas.

NSFC funding for Chinese AI projects has surpassed 139 million yuan, with a number of new projects launched each year. However, it is important to note that the amount of these projects is growing rapidly and that the proportion is skewed towards general programs. Additionally, the projects are spread unevenly across regions and research fields.

While the Chinese government’s AI funding is encouraging, the Chinese vision of AI development is not without its risks. For example, using AI in the military may violate human rights, and Chinese AI development could potentially undermine social stability.

5 Risks to Be Aware of When Using AI in Business