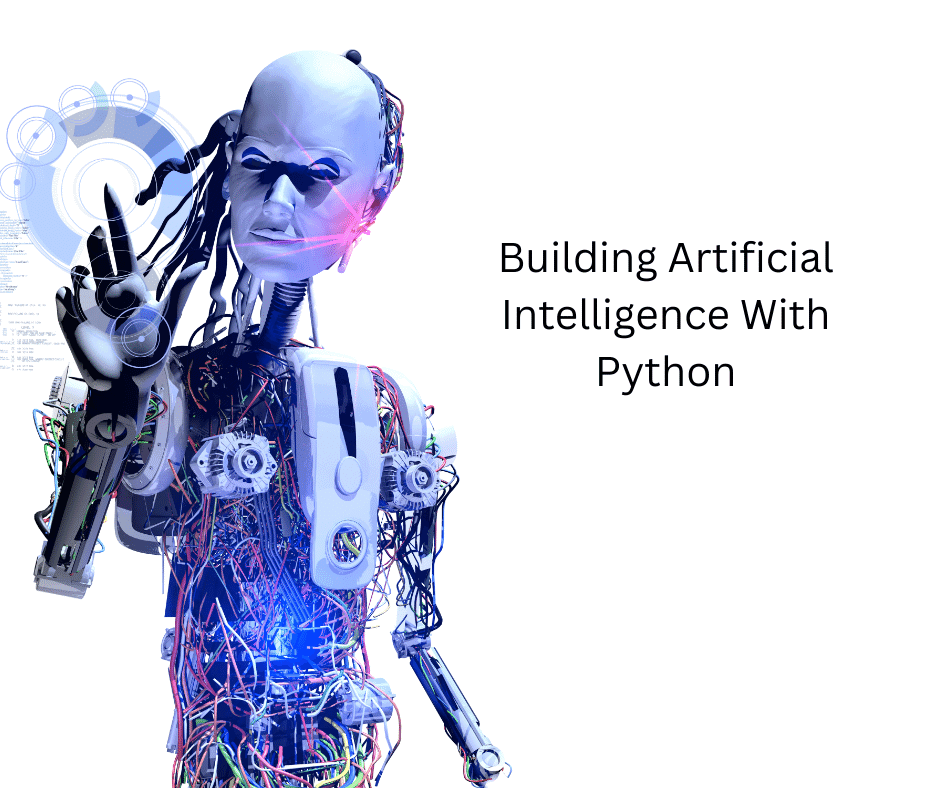 With Python, you can create Artificial Intelligence applications that can intelligently interact with the world around them. These applications can be real world AI solutions or intelligent apps. This article will explore PyBrain, PyTorch, TensorFlow, and Keras.

The Pybrain artificial intelligence library enables users to build and test Machine Learning networks by using data sets. These data sets consist of inputs and targets. These data sets are typically known as supervised data sets. In addition, the data used to train the network is categorized and visualized. The trained data is then validated by comparing it to the tested data. The Total Error (TE) is the error shown by the network after training, and a low TE (total error) number indicates that the network is convergent.

The PyBrain library contains numerous powerful and flexible machine learning algorithms. It also includes benchmarks and predefined environments to test the algorithms. These include deep belief networks, multidimensional recurrent neural networks, and policy gradient methods. Many of these algorithms are implemented in PyBrain, including reinforcement learning and unsupervised learning.

PyBrain has a comprehensive set of Python libraries and is designed to be easy to use. It also comes with extensive support and tutorials. Furthermore, it’s platform independent and can be used across many platforms. The Python language is highly customizable and can be used in a variety of projects.

If you’re interested in building artificial intelligence models using Python, Keras is a great option for you. It’s a popular neural network framework that runs on the GPU and CPU and has more than 200,000 users. These include academic researchers, engineers, and hobbyists. It’s also used at companies such as Google, Netflix, and CERN. The open-source toolkit can be used to build complex models and is easy to use. It integrates with several popular deep learning libraries, including TensorFlow, Theano, and PlaidML.

Its library includes neural layers, cost functions, activation functions, regularization schemes, and more. Models can be built from scratch or fine-tuned to match a specific problem. Users can also add layers and freeze base layers to speed up training. It comes with 40 sample models, which help you get started.

The Keras software has many examples illustrating how deep learning works. It also gives you a good understanding of how to apply deep learning to a variety of artificial intelligence problems. There is also a comprehensive cheat sheet with code examples to guide you through the process of creating a neural network using Python.

You can use TensorFlow with Keras if you want to build a more complex model. This framework uses a Tensor Processing Unit (TPU), which is a programmable AI accelerator. It also provides inbuilt modules for neural network computation. It also has a Core API that allows developers to implement their ideas quickly and easily.

Another option is to use the functional API for creating a more complex model. This API uses the same layers as the Sequential model, but offers more flexibility in layer definition. It also has the added benefit of allowing the user to train their models using their own layers.

TensorFlow is an open-source, cross-platform software library that uses a graph-based model to represent data and computations. This architecture enables developers to use a single API and deploy complex machine learning applications easily. The library was originally developed by the Google Brain team for its own internal use. It can be used to train artificial neural networks in a variety of domains, including image recognition, text recognition, speech recognition, and recommendation systems.

TensorFlow is built on graph computation, making it easy for you to see how your neural networks are developing. This is made possible by a feature called Tensor Board, which allows you to monitor TensorFlow’s activity and save a graph for future use.

The TensorFlow pipeline loads data into memory in tiny chunks, enabling parallel processing. It also supports multiple CPUs for training the model. You can also create a custom graph. This graph will process data fed in as variables or constants. If you’d like to create more complex models, you can use multiple graphs.

The TensorFlow framework allows you to build dataflow graphs. The graphs are made of nodes and edges that represent mathematical operations. When you create a TensorFlow graph, you can set up a flowchart to represent how an algorithm works. The graph is made up of the computations performed on the input tensors.

TensorFlow is an open-source machine learning framework. It was developed by the Google team and is designed for the Python programming language. The program is easy to use and understand. If you’re a Python developer and are interested in building a machine learning application, you can follow the instructions on the TensorFlow website. It requires Python 3.4 or higher and Windows.

The Python library PyTorch includes the AutoGrad package, which provides automatic differentiation for all operations on Tensors. Its backprop object is defined each time the code is run, and can be different from previous iterations. Then the backprop is loaded into a Numpy array.

Another useful feature of PyTorch is the ability to create specialized neural network architectures. CNNs, or Convolutional Neural Networks, are multilayer neural networks that are trained by feeding them images of specific things. When trained to identify images of kittens, these networks can confidently identify a new image of a kitten. CNNs are also used in cancer detection studies. Another application of CNNs is handwriting recognition. Yann LeCun pioneered the creation of CNNs that could recognize handwritten numerical digits.

PyTorch 1.0 promises to improve the performance of deep learning models and include other new features. It also offers a JIT compiler and expanded scripting capabilities. It also allows distributed training on multiple GPUs, which is useful for large deep learning models. The new version is expected to be released later this year.

PyTorch is an open-source library for scientific computing. It supports large multi-dimensional arrays, and allows computations using matrix, linear algebra, and Fourier transforms. It also supports a large ecosystem of supporting libraries. Besides PyTorch, NumPy is an essential tool for training neural networks. It also provides support for backpropagation.

Scikit-Learn is the most versatile and powerful machine-learning library in Python. Besides being a highly-functional machine-learning library, it also includes a number of useful functions and libraries. For example, you can use its label-encoder() function to assign numeric values to classes. It assigns numbers starting with 1 and ending with 2, and provides various other functions. For more information, check out the Scikit-Learn documentation.

In addition to the library itself, Scikit-Learn includes many sample datasets. It comes with digits and iris datasets. Moreover, it also integrates with a number of Python libraries. It is free to use and can be used for a variety of projects.