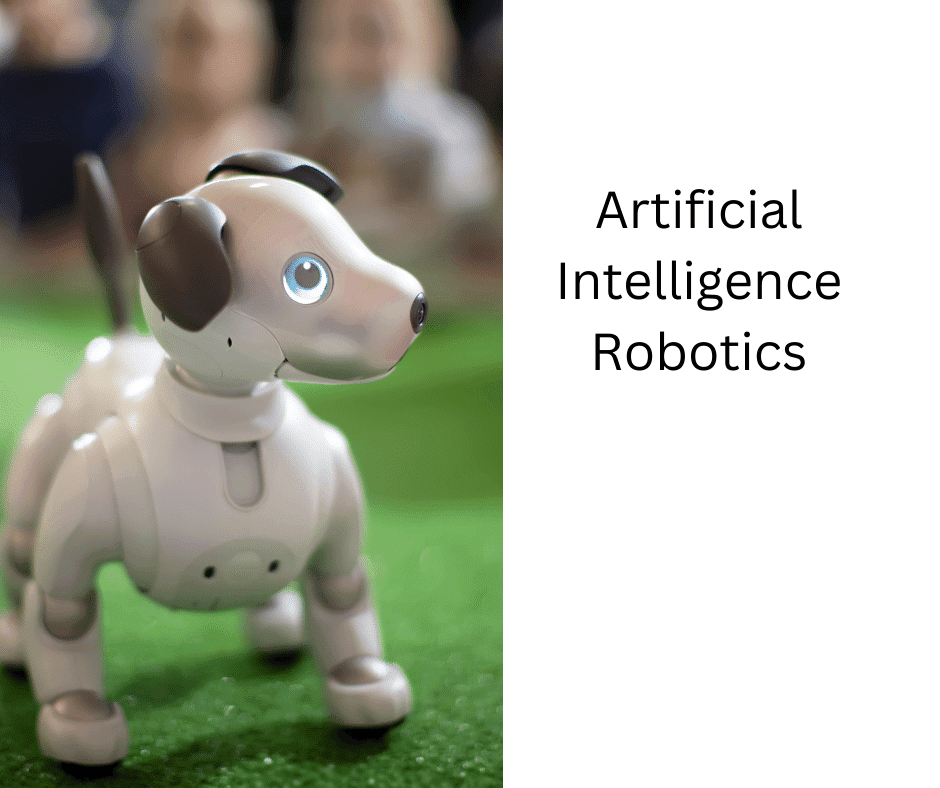 An artificial intelligence robot can make decisions based on data and algorithms, but it cannot understand ethical values. This limits it to performing routine tasks and repetitive tasks only. It can also make the wrong decision based on unethical information. This makes ethical reasoning difficult and can cause robots to make bad decisions.

AIBO Is a Robotic Pet

AIBO is a robotic pet that uses artificial intelligence to communicate with its owners. Artificial intelligence enables AIBO to feel and respond to various emotional states and is programmed to learn and express those emotions differently. It also has a set of instincts that make it a great companion. It will respond to various human behaviors and emotions, including happy and sad expressions.

AIBO has 20 motorized joints, which allow it to walk, sit, and lay down. It can respond to commands and play with toys. It may be wobbly at first, but it will become more stable as it matures. AIBO can also explore its surroundings and perform tricks. And, unlike a human-like pet, AIBO has no batteries to replace, which makes AIBO an environmentally friendly companion.

The initial concept for the AIBO was introduced in the 1990s by Sony. The first batch of 3,000 AIBOs sold out in just 20 minutes. They were sold for $2,500 each. Later in 2003, Sony released the third-generation AIBOs. These new models included wireless connectivity, touch-sensor technology, voice recognition, and facial recognition. The AIBOs could also be raised from a puppy to grown-up. Although not gaining mainstream appeal, AIBOs were sold more than one hundred thousand units, and Sony discontinued the project in 2006.

AIBO learns your name and uses voice-recognition technology to mimic the sounds of your spoken words. The AIBO’s vocabulary is limited in the early stages, but it will grow up to recognize about 50 words.

It Was Developed by Sony

Sony has set up a company called Sony AI to research and develop artificial intelligence. The company is already making strides in the robotics and AI fields. One of its projects involves robotics and AI for the “gastronomy” sector. The company is partnering with Carnegie Mellon University to conduct research on AI and robotics in the food industry. Robots that can handle food can potentially perform a variety of tasks, including cooking and serving.

Sony is developing artificial intelligence robots to complement its products. It has released Aibo, a dog-like robot that became a hit after it won Robocup in Japan. While it was cancelled after just a few years, it has since undergone a makeover and gained a cult following. Its latest version is now equipped with AI and features object and voice recognition. Although it is still dumb, the robot has been able to explore a room and respond to human-like commands. It also yapped back to a reporter.

The company will continue to invest in research and development and support the creation of robotics startups. In addition, the company has established a corporate venture capital fund and an incubation platform. Its AI research will be conducted at the CMU School of Computer Science in Pittsburgh, Pennsylvania, and will involve a group of researchers specializing in artificial intelligence and robotics.

The AI team at Sony is collaborating with artists, makers, and creators around the world to explore the possibilities of AI and machine intelligence. The new team will have offices in Japan, Europe, and the US and will focus on world-class AI research. It will also collaborate with Sony’s other divisions to find new ways to apply machine intelligence.

Sony’s AIBO robot is an autonomous, humanoid robot with a brain, 20 points of articulation, and sensory organs. Its developmental stages are controlled by software on the AIBO’s memory stick. As it interacts with humans, it can learn to speak and express emotions. It can also play games and interact with people. Sony plans to begin a licensing program for AIBO to attract consumers interested in personal robots.

The AIBO uses Sony’s Open-R platform to operate. The Open-R software specification is a set of specifications and header files that enable robots to interact with their surroundings. It can also be used to develop games and other applications using the robot’s hardware. The software is available for free on Sony’s Web site and can be downloaded for free from the company’s server. But developers must obtain a license contract from Sony before they can use its software in commercial applications.

The AI platform is the brainchild of Sony’s artificial intelligence division, which was established in April 2020 to conduct pioneering AI research. It partners with creators, makers, and artists around the world to explore the latest advances in AI. It has four Flagship Projects: Imaging & Sensing, Gaming, Gastronomy, and AI Ethics.

The AIBO’s R-Code programming language allows developers to write simple programs for AIBO to run. While it does not have the low-level control that the OPEN-R SDK does, it is easy to learn and does not require any hardware. It’s also free to use for non-commercial purposes.

Hiroaki Kitano is a senior research scientist at Sony Computer Science Laboratories. He holds a Ph.D. in computer science from Kyoto University. He has also been a Visiting Researcher at Carnegie Mellon University since 1988. His research interests include computational molecular biology, evolutionary systems, and engineering use of morphogenesis.

It Has Limited Memory

Artificial intelligence robots have limited memory and are therefore limited to certain tasks. Most of the present-day AI applications are based on limited memory AI. There are two types of AI: reactive machines and limited memory AI. Reactive machines do not learn, but are task-specific. A famous example of a reactive machine is Deep Blue, the computer that beat Garry Kasparov at chess. However, Deep Blue has no memory and cannot draw on past experiences to make future decisions. On the other hand, limited-memory AI systems are capable of learning from their past experiences and can use that knowledge to make better choices.

Reactive AI is the most basic form of AI. Reactive AI robots have no memory and emulate the human mind’s ability to respond to stimuli without prior experience. However, limited memory AI is more advanced and has learning and data storage capabilities. AI robots can use historical data to make decisions. Most AI systems use a lot of data to perform deep learning and learn from it.

It has gender and racial biases

A new study shows that an artificial intelligence robot has racial and gender biases. This bias may have real world consequences. For example, a robot that is trained to identify products by their faces could skew towards males, while a machine that is trained to identify only females could skew towards white women. In the future, a robot may be used to help us do chores around the house, but that robot will need to be carefully programmed not to pick up stereotypes.

Researchers have shown that some artificial intelligence algorithms are biased towards people of color and men. For example, crime prediction algorithms unfairly target Black people, while facial recognition systems struggle to identify people of color. Researchers say these biases could cause robots to behave in ways that are harmful to society.

One study found that an AI robot tended to choose a block with a black man’s face more often than others. This shows that AIs are prone to stereotyping, and researchers say we should take action to avoid letting the robots use our prejudices.

The study was led by scientists from the Georgia Institute of Technology and Johns Hopkins University. The findings are set to be presented at the 2022 Conference on Fairness, Accountability, and Transparency (CFAT). The study was co-authored by Andrew Hundt, a Ph.D. student at Johns Hopkins and a researcher at the Computational Interaction and Robotics Laboratory.

An AI robot has gender and racial bias. In addition, the AI system may associate certain words with certain genders. For example, it may associate the name “woman” with the arts.

The Future of AI