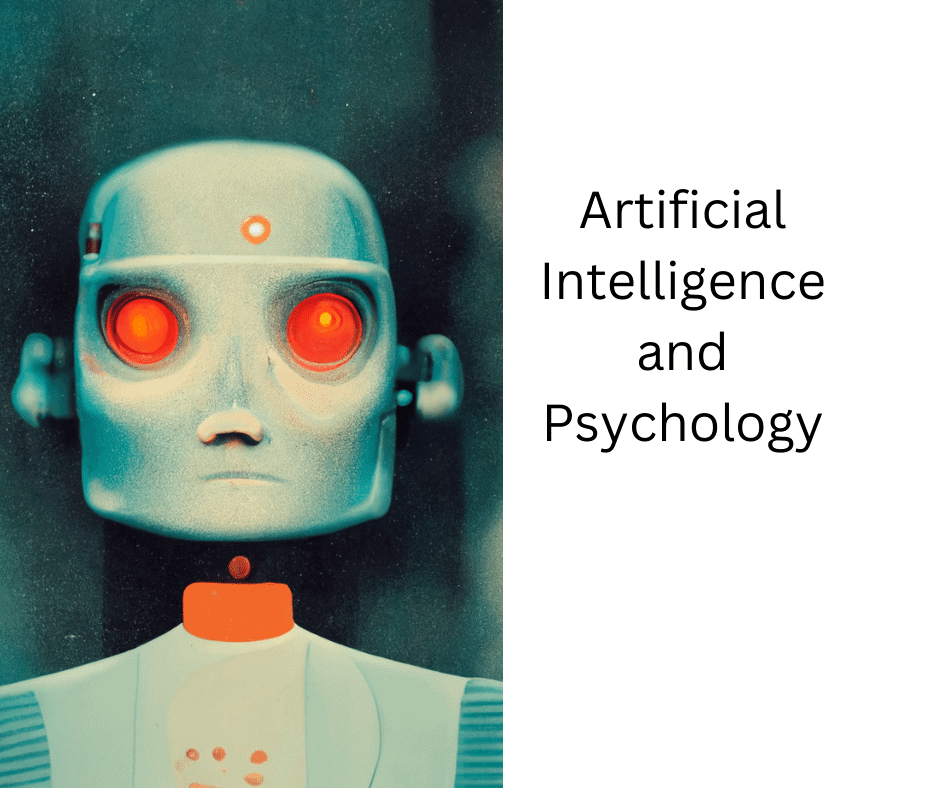 AI psychology focuses on leveraging advanced technology to aid mental health professionals with diagnosis and treatment. With this kind of help, psychologists can handle larger caseloads and provide better patient experiences. In fact, AI psychology has already begun to automate some aspects of the profession. Essentially, AI psychology removes emotions from the evaluation process, so that it is as objective as possible. It can also provide interventions by filling in blanks based on best practices.

Artificial mind psychology has multiple meanings. In its traditional form, it refers to the study of the human mind and how it functions. It is also used in the development of artificial intelligence, which can reprogramme itself based on new data and make value-based decisions. In this sense, the term is not new and it has been around for decades.

Many psychologists think that AI is not compatible with the human side of their profession, but there are also applications and services available that use AI to help people improve their mental health. For example, some apps use AI to find the best psychologist for your specific case. Others use AI to offer help online. The aim of these applications is to improve your mental health and reduce your stress levels.

In this book, Margaret Boden presents several essays written between 1982 and 1988 about the relationship between AI and psychology. Her work covers various approaches to AI, from Turing and von Neumann to the latest theories in parallel processing. The book also identifies the key concepts and theories related to AI. However, it does not go into great detail on the relationship between AI and psychology.

The first artificial mind was created by MIT’s Joseph Wezenbaum in 1966. The program was named ELIZA, after the fictional character Eliza Doolittle in George Bernard Shaw’s Pygmalion. Its limited intelligence enabled it to rephrase a patient’s phrases as questions. ELIZA’s most famous script mimics the work of renowned psychologist Carl Rogers.

Cognitive psychology is a branch of psychology that deals with the cognitive processes of human beings. These processes have applications in many areas, including therapy. With the advancement of AI technology, it has become possible to create models that combine data mining and expert analysis, and can diagnose problems, make predictions, and validate treatment options. For example, it has helped identify factors associated with suicidal behavior, enabling clinicians to develop preventive interventions. These interventions reduce the risk of suicide and reinforce feelings of self-worth and psychological wellbeing.

Cognitive psychology focuses on understanding the way humans think, and how they store their memories. Understanding these processes will allow scientists to create new ways to help people who have cognitive problems. Cognitive psychology is a relatively new branch of psychology, having only emerged in the 1950s and 1970s. Nevertheless, it has a number of practical applications, from improving memory to developing new treatment options for people with learning and attention problems.

The DeepMind team has taken a few techniques from cognitive psychology to interpret the behavior of its deep neural networks. In particular, they focused on a model known as one-shot learning, which explains the ability of children to learn a word by looking at a single example. This model of learning is a challenging one to understand, but DeepMind has developed a model that explains the cognitive process that makes children learn labels.

Artificial intelligence (AI) is transforming many fields, including psychology, economics, and medicine. Psychologists are helping to develop these technologies, and are accumulating a growing body of literature on human-computer interaction (HCI), digital therapeutics, and the ethics of automation. But there are still some methodological concerns. Insufficient data sharing, unequal distribution of computational resources, and social biases in predictive models are some of the challenges.

To evaluate machine learning models, researchers must collect large sets of data. For example, image data models often require millions of observations before a new model can be built. In contrast, linear regression requires less than 1000 observations. The number of data that is required for machine learning projects varies according to the application.

Expert systems have been around for a few decades. They use data mining and fuzzy logic to decide which tasks should be undertaken. Such systems are useful for various applications, such as autonomous vehicles, smart homes, healthcare systems, and industrial processes. They are also helpful in providing therapist-like sessions to clients, without the client having to spend time and money traveling to a physical location. Moreover, AI is also being used to monitor health conditions, recognizing potential risks and contraindications before they occur.

AI research encompasses various subfields, each with its own objectives and goals. These include the development of artificial intelligence and machine learning. Traditional AI research focuses on problem-solving, knowledge representation, planning, perception, and movement. Other long-term goals include general intelligence. To achieve this goal, AI researchers have utilized a range of problem-solving techniques, from formal logic to statistical techniques, to computer programs and artificial neural networks.

Artificial neural networks (ANNs) are machine learning methods that are inspired by neurobiology. These networks simulate the brain and nervous system by creating artificial nodes and connections. These nodes transmit signals to each other, and each node activates other nodes connected to it. In this way, these networks mimic how the human brain processes information.

In this paradigm, neural nets can learn to recognize subtle statistical patterns that are difficult to express as hard rules. This theory promises to explain the flexibility and insight of human intelligence without relying on the rigidity of standard symbolic representations. However, it is still early to determine the limits of neural nets.

Another type of ANN is the multilayer perceptron. This network consists of an input layer, a hidden layer, and an output layer. This network is often used for computer vision, image recognition, and pattern recognition. It is trained using a backpropagation learning algorithm.

The recent research on Replika in ai psychology raises a number of interesting questions. This artificial agent is capable of self-disclosure and may even violate the three laws of robotics. However, the researchers do not have all the answers yet, and more work needs to be done to understand how Replika can influence human behavior.

Replika is an artificially intelligent conversational chatbot that learns by talking to its users. It is designed to mimic how humans respond to various situations, and develop emotional awareness by learning from their conversations. It works by using an algorithm to understand the user’s language and speech patterns to provide meaningful responses.

Replika is a great tool for people who are feeling lonely or depressed. Its conversational capabilities allow it to learn about a user’s personality and learn things about their life that they might not have told others. For example, Replika can help LGBT people grapple with issues surrounding their sexuality, or conservatives express their beliefs. But Replika is not just another chatbot – it has a face and uses human gestures.

Replika is an AI-based chatbot designed to be a companion to humans. It helps users express emotions and calm their anxiety through simple dialogue. The chatbot’s ability to understand people allows it to make a real difference in their lives.

Tess is an artificial intelligence (AI) chatbot designed to help individuals with their mental health. It has been built by clinical psychologists and works through existing communication channels. It has been shown to reduce the symptoms of anxiety and depression. Users can customize Tess’s content based on their demographics and treatment preferences.

The platform offers a wide range of psychological interventions through over 800 customizable conversations. Fifty professional psychologists and coaches have written the content. It can deliver both cognitive behavioral therapy and deeper levels of support like psychodynamic therapy. The system was developed by SE Health and has been tested by staff and patients across Canada and the world.

The system provides personalized conversations based on a user’s expressed emotions. It is not meant to replace a trained therapist but can be a cost-effective, scalable mental health solution. The Tess AI system is backed by previous research, which showed its potential to reduce depression and anxiety symptoms significantly.